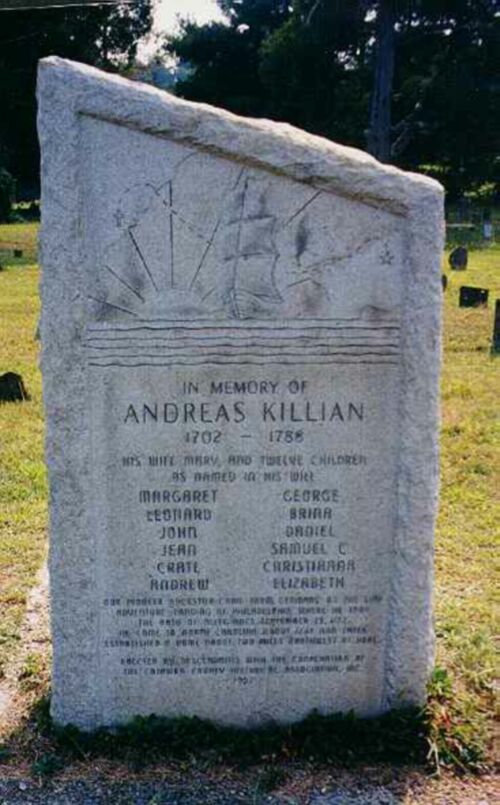 On Sunday, October 19, 1952, a Monument was erected and unveiled at Old Saint Paul's Lutheran Church about two miles West of Newton, North Carolina, Andreas Killian, the original pioneer, and his descendants, Andreas Killian having been born in 1702 and died in the year 1788, the monument being erected near his grave in the old cemetery at Saint Paul's Church. There were approximately 1000 descendants and friends in attendance at this unveiling, which was presided over by Jesse C. Sigmon, Sr., President of the Killian Klan, the invocation given by Rev. John A. Koons, now deceased, the dedication by J. Yates Killian, now deceased, the unveiling by Robert Mayo Hefner and Roslyn Reid (Eighth Generation), the principal address made by Hon. C. H. Killian, of Brooklyn, New York, who was introduced by Hon. Charles Raper Jonas of Lincolnton, North Carolina.